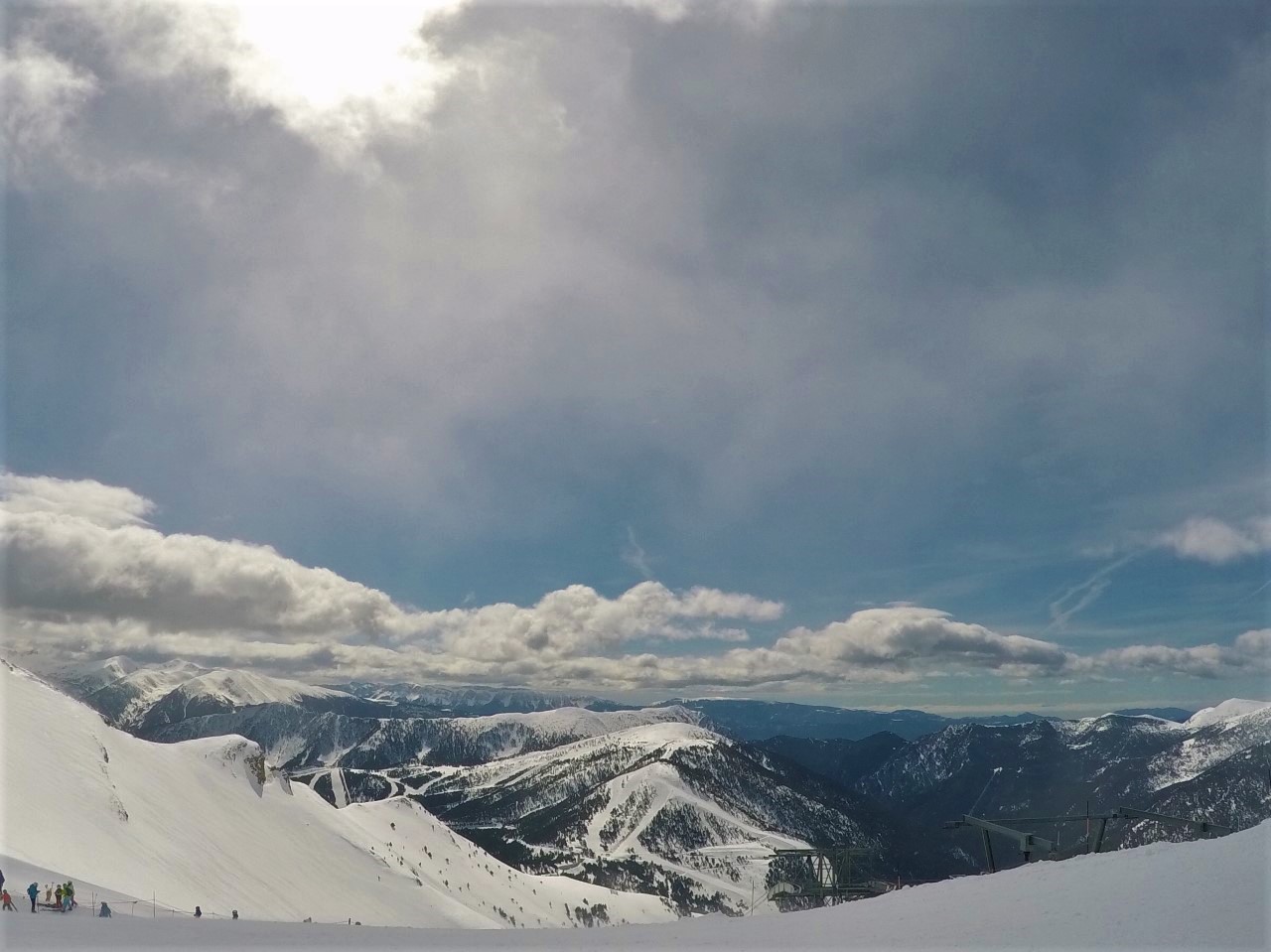 The first time I tried snowboarding I hated it. I had concocted some narcissistic perception beforehand that I would be naturally good at it and the reality hit me harder than the repeated falls… it’s actually quite difficult. I had always wanted to learn and felt bitterly disappointed that it wasn’t all I had decided it was going to be. Giving up was never an option thanks to my stubborn resolve so I was just going to have to accept the painful and frustrating learning process! After a day and a half of lessons I felt sure that it would be different out on the slopes so booked a week’s boarding in the mountains of Andorra. Having booked the trip, I quickly referred to a map to try to locate where it was we were going, having never actually heard of this tiny Catalan hideaway. We found it nestled between the border of Spain and France, sitting astride the Pyrenees.

We flew from Gatwick to Toulouse where we were met by a coach for the four hours tranfer to Arinsal. The first hour and half passed with rolling views of the French countryside, just hinting at the snow tipped mountains beyond. Our coach made a quick rest stop in the charming town of Tarascon where the water ran crystal clear off the hillside through the centre. 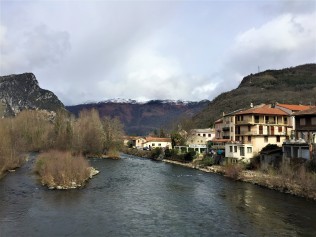 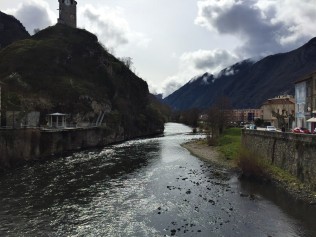 We eventually reached our final stop in sleepy Arinsal. The resort itself didn’t appear to have much going on except for a couple of bars/pubs with strange opening hours and a Pharmacy which legally couldn’t sell any pharmaceuticals(?).  But jump in the Gondola – a 10 minute walk up the hill from our apartment – and you were transported to another world entirely. Up the mountain and over a hill, completely out of site from the bottom, is the main slope. Although my boarding didn’t improve much on this first day (or the second for that matter) I couldn’t fault the picturesque panorama of our surroundings.

Andorra oozes a sense of natural tranquillity and adaptability, offering mountain biking and hiking in the summer months once the winter is exhausted. It was an ideal location for us as beginners and everything, down to the free shuttle bus to and from the resorts made everything so easy. 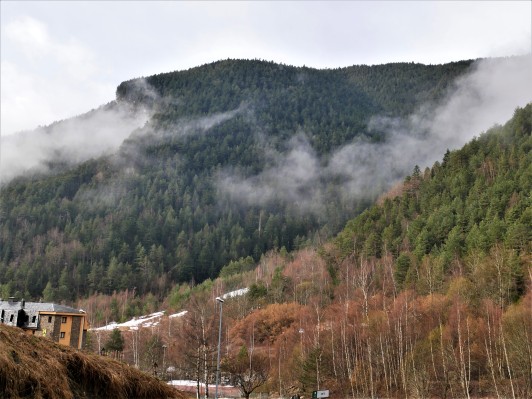 Throughout the week we hopped across to the nearby resorts of Pal and Arcalís. Each one offered completely different terrain. Pal – more winding red and blue runs with sheer drops and forestry. Arcalís – considered the best snow conditions in Andorra with its longer more challenging slopes than Arinsal. I was thrilled that I could see my boarding improving day by day and was more confidently tackling those harder reds!

Unfortunately with the harder slopes came the harder falls, and eventually the continuous knocks to my elbow made it too sore to risk falling again (plus I couldn’t afford another £173 X-ray to confirm it wasn’t broken) I was gutted when, come Saturday, I had to call it a day mid morning. I felt like I’d been beaten by the mental obstacle I had only just conquered. I had never expected to enjoy boarding – I always just thought I wanted to learn – but found there to be genuinely no comparable feeling to reaching the bottom of a slope knowing you absolutely smashed it (or in my case just managed to stay upright!).

So for now, it is 1-0 to boarding. But I will level the score and be back on the slopes … equipped with elbow, knee and ass pads! 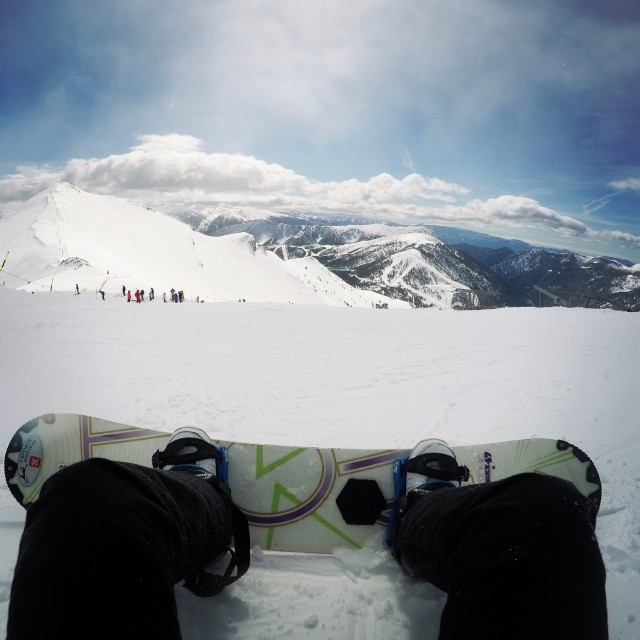 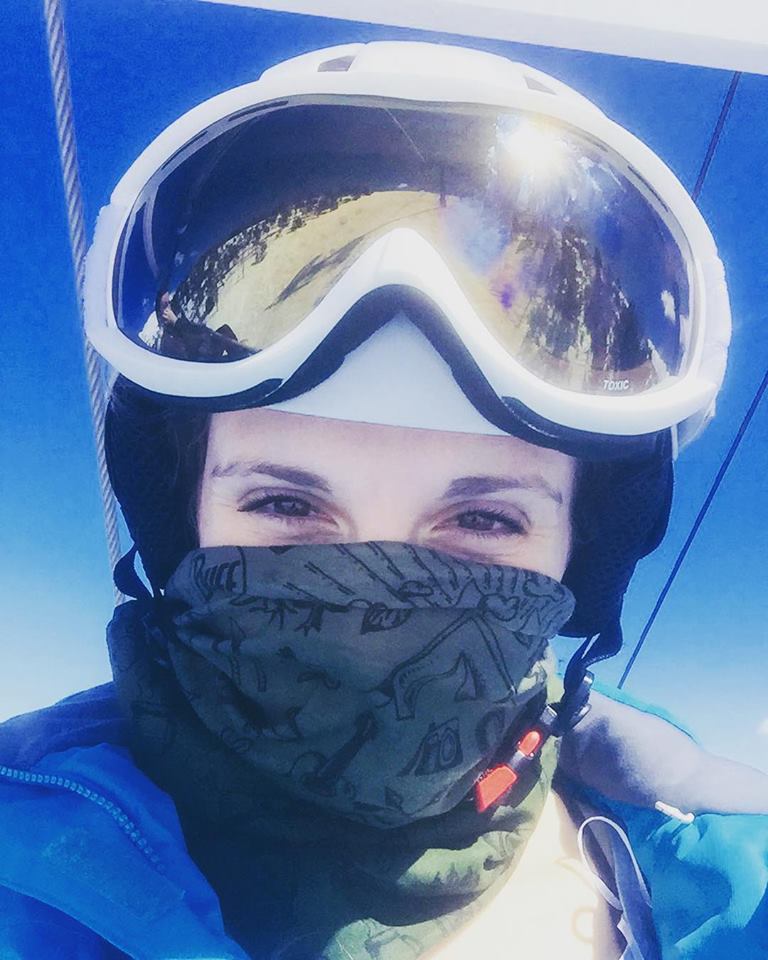