When I first announced my intention to go to Kenya the world and his wife had an opinion, the most common being that I wouldn’t be coming back!  However, as a stubborn tenacious teen I went ahead and booked it anyway and will be forever glad I did. Without wanting it to sound too much like a cliché it was one of the most amazing weeks of my life (so far!).

The actual travelling side of the trip was exhausting! Leaving home at 2:30am Monday morning and arriving in the Mara at 10:30am the following day (my 20th birthday) was physically quite tough but as soon as I got off the plane at the Keekorok airstrip I knew already it was worth it. The Mara air is the cleanest I’ve ever breathed (not to mention the hottest!) and the isolation was a relief from the chaotic Nairobi I’d left behind.

My host family for the week were wonderful, the whole group welcomed me, and it didn’t take long to feel completely at ease with the simplicity of the village (although I will never get over the spiders).

Throughout the week I experienced many aspects of everyday Maasai life such as milking the cattle, fetching the water (although I’m ashamed to say I couldn’t lift the water carrier), visiting the local market and so much more. One of the most touching elements was a visit to the local primary school. To see so many children, all in one class, who were genuinely overjoyed to be there, was a breath of fresh air and so different to English culture where children would give anything for another day off.

My trip to Kenya was by far the most exciting / emotional / adrenaline fuelled / scary / wonderful / inspiring thing I’ve ever done. I mean, who else can say that for their 20th birthday they went elephant watching by day, and in the evening sat under an incredible starry sky, next to a roaring campfire, drinking tea surrounded by Maasai men and Tanzanian warriors? 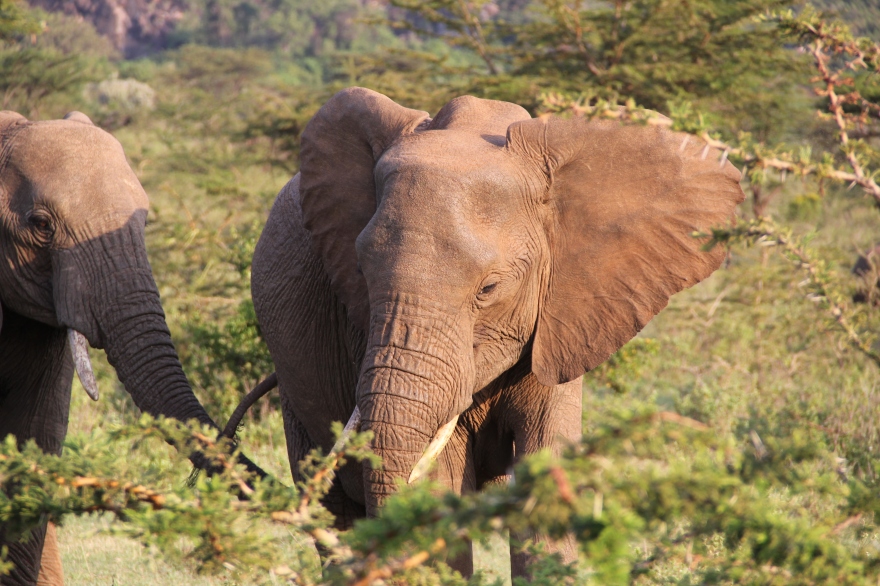 Before I left for Kenya my Nan told me her friend had once said the Maasai were physically beautiful and that their striking features and sharp cheekbones were the envy of many. But after meeting them and experiencing their way of life it’s clear to see their beauty runs much deeper. They were the kindest people I’ve ever had the honour of meeting – although I arrived as a guest, I left feeling like a friend.

This site uses Akismet to reduce spam. Learn how your comment data is processed.